Idiopathic hypersomnia (IH) can severely impact affected individuals’ family, employment, education, and leisure activities. And because there are no FDA-approved drugs for the treatment of IH — and even those drugs that are prescribed off label are often not effective or only somewhat effective — researchers have continued to seek out non-drug (nonpharmacologic) treatments for IH.
When a group of researchers in Italy heard about the encouraging results of a study in which investigators 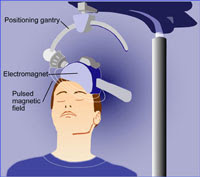 used a positively charged electrode (anodal) transcranial direct current stimulation (tDCS) to treat the effects of sleep deprivation, they decided to try tDCS in patients with IH. tDCS is a noninvasive brain stimulation technique that creates temporary changes in the excitability of the cortex – the outermost part of the brain, which is responsible for executive function. In the United States, tDCS and transcranial magnetic stimulation are approved for the treatment of depression.

Who Were the Participants and What Did They Do?

Three men and five women with IH that had not previously been treated took part in the study. These participants were also not taking any medication for other medical conditions or had been on a stable dose of their other medicines for at least 6 months. Their average age was 35. They underwent overnight sleep testing (polysomnography) to rule out any other sleep cause of their sleepiness.

Each person completed several tests of neurocognitive function and depression and the Epworth Sleepiness Scale (ESS) before starting the study (T0) and after the study was completed (T1). They also repeated the ESS two and four weeks after the study was completed. All participants also filled out a 10-point visual analog scale (VAS) to rate their sleepiness before each treatment session and kept a sleep diary for the duration of the trial. Finally, the participants completed a test of attention, the Attentional Network Task (ANT), at T0 and T1.

Who Were the Researchers and What Did They Do?
Dr. Ferini-Strambi and his colleagues in Milan, Italy, performed neurologic examinations on each of the participants and used statistical methods to analyze the results of testing and completed scales. 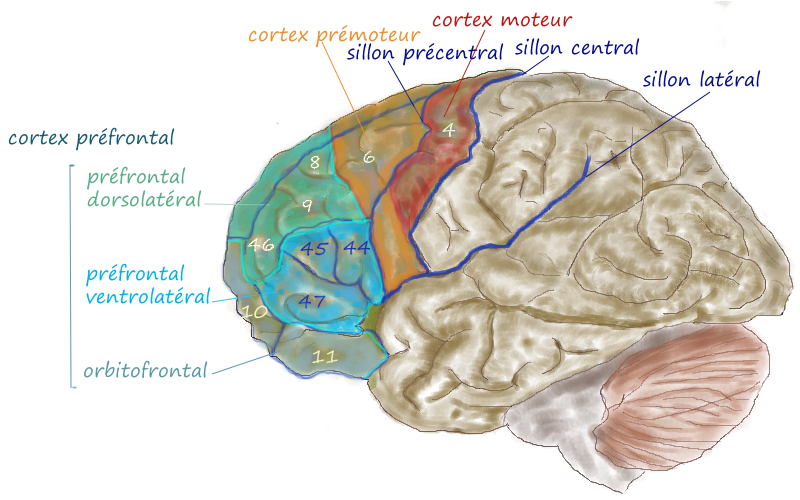 The researchers applied anodal tDCS by placing one electrode over the left dorsolateral prefrontal cortex, with the cathode over the contralateral orbit. The treatment consisted of 3 sessions of tDCS per week for 3 weeks delivered between 8 am and 11 am. The researchers chose this early time of day to allow the peak stimulating effects of tDSC to subside before typical evening bedtimes so as to not interfere with sleep.

What Were the Results of the Study?

Seven of the eight participants (87.5%) reported improvement in their daytime sleepiness, including for up to two weeks after the end of the study. The results of the ESS supported this reported improvement. Average ESS scores at T0 were 13.25 and at T1 were 7.5. VAS scores dropped from 4.96 at T0 to 1.57 at T1. Improvements in the ANT were significant and reflected faster reaction times at T1 than at T0. 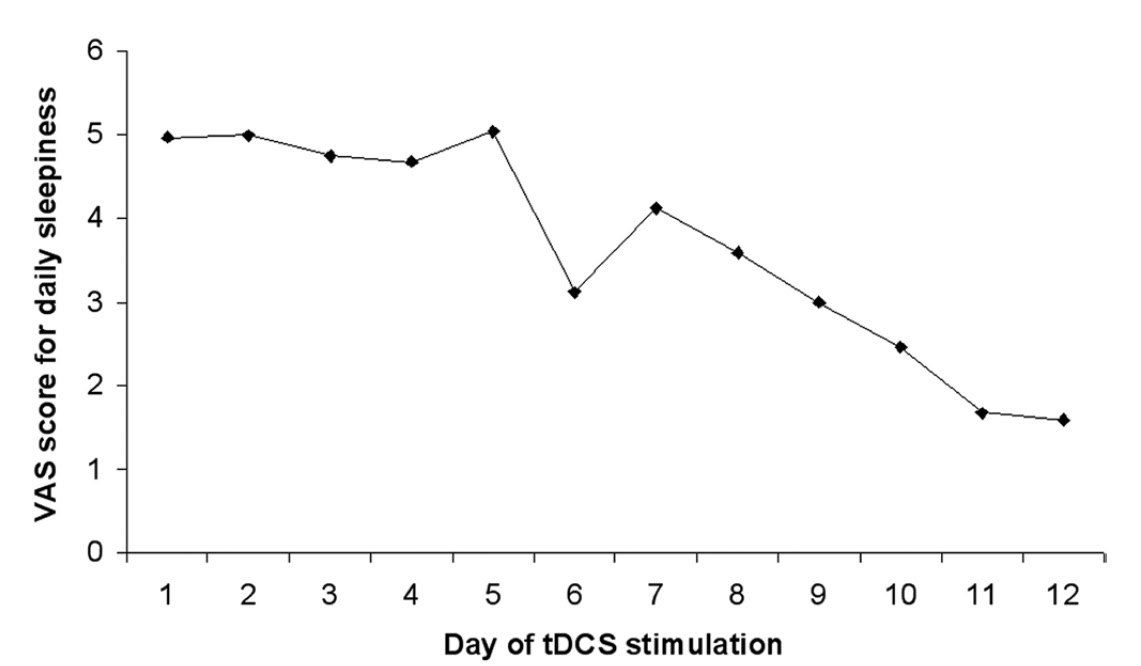 What Were the Authors’ Conclusions?
“The lack of a sham condition represents the main limitation of our study. In any case, our investigation supports the idea that tDCS may provide a valid alternative for the management of [excessive daytime sleepiness] in the treatment of IH and opens the way to further controlled studies.”

(A sham condition is similar to the use of placebo in a drug trial. During a randomized controlled trial that is testing a device, some of the participants are assigned to receive treatment with the device as it would normally be used. Others are assigned to treatment that appears to be using the device, but the device is never turned on or, in this case, does not deliver the stimulation. When the test is masked, or blinded, the participants do not know to which group they are assigned. This type of testing provides stronger results.)

Editor’s note: This safe procedure, tDCS, is being used regularly now for the treatment of depression. We look forward to the results of a larger randomized controlled study in IH, which, according to Dr. Ferini-Strambi, is underway. For more information on tDCS, please visit this link at the National Institutes of Health.