Earlier this year, I experienced a minor miracle. After a full day of traveling and running errands, I was completely drained. The next day was a big event, and anxiety was eating at me. Would I wake up in time, would I have enough energy to be sociable, or would sleep take the reins yet again? I was faced with the option to go to sleep right then and wake up even earlier than I had planned or to get some stuff out of the way before sleep and get up as late as possible for the full day ahead. I knew that in a couple of moments my body would take any choice out of the equation, but I was still sitting upright out of sheer stubbornness and determination.

I did not have the energy to do much more than stand at that moment, but I had so much to do before I could let myself succumb to sleep. Taking another step seemed out of the question, but I could move my arms, so I started an exercise that had become a part of my daily routine. My hands followed a series of movements that comprise the beginning stages of learning Wing Chun Kung Fu, affectionately called the form, and it was not draining me like every other movement seemed to do, so I kept going.

Halfway through, my eyes opened in shock. It felt like I was waking up—not some metaphor or random realization—but actually waking up. By the time I finished, I

was in shock because I found that I had energy that was so distant just five minutes earlier. And for the next hour, I was able to do everything I had to in preparation for the next day. When I was done, I, not my body, was the one to make the decision to go to sleep.

The implications of what I had just experienced had my mind racing. As long as I had enough energy to stand up and start the form, I could build the energy to do more. There are still times when standing is a big ask, but I was never able to wake myself up before.

In the past, whenever my doctors would suggest exercise to help combat my tiredness, I would be so puzzled. How could I possibly think of doing anything high energy when I barely have enough energy to walk down the steps to feed myself, when I have to budget every movement in order to get anything done. The mere idea of exercise just seemed like a waste of the little precious energy that I had. But at the same time, I missed the feeling of being active like I had been in the years before hypersomnia hit me.

This past February, I reached a point where I got fed up with not feeling in control of my body. Sleep has taken so many hours from my life, and I never got a say in the matter. More than that, it didn’t let me make the most of the short time that I was awake because it was always there to pull me back under if I didn’t fight. I yearned for something, anything, to make me feel like I was in control again. I had no clue what to try—anything with cardio was out of the question. 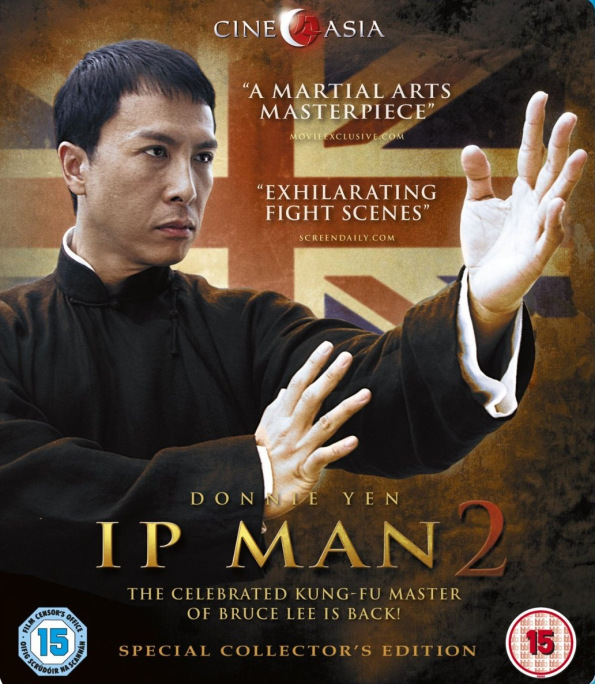 Then I found the perfect fit by accident, or fate if you believe in that kind of thing. The movie Ip Man popped up on my “watch it again” list on Netflix, and I had just enough energy to watch a movie with subtitles. With all that had been going through my head recently, I watched this martial arts flick in a whole new light. Where before I saw a great movie with amazing action scenes, I now looked more closely at the man who was being portrayed at the center of it all. Throughout the movie, Ip Man was very tranquil and thoughtful, even in the midst of the fighting scenes, which ran counter to my interpretation of martial arts. A thought crept into my head: if he can do this while he is calm, maybe I can learn it while I am tired.

The end credits rolled, and I wrote down the style of martial arts that Ip Man practiced and taught. Wing Chun. There had to be something about the style that fostered such a temperament, one that so matched mine (albeit out of necessity at times). I immediately began to look for places in my area that taught Wing Chun… after I watched more Ip Man movies. When I visited the Wing Chun school, my suspicions were confirmed. It is a discipline that in its nature could make me feel more in control of my body, and I would be able to learn and practice it with as much or as little intensity as my energy level permitted.

When I started, I had no idea that it would translate to fueling me with energy so directly and so powerfully. My experience just two months in is a testament to how much Wing Chun is going to affect my life. As long as I have the energy to stand up and start the form, I will have the energy to do what I need to do and what I want to do. It is as if I have been walking through life thirsty in my own personal drought, rationing my energy because I had so precious little, and suddenly I have found the tools to tap into a rich well I didn’t know was beneath my feet. All because of Wing Chun!

It is my selfish hope that reading this will help you find the tools to tap into the same well of energy that I have. But no matter what, I wish you wakefulness.